No pay no play, should agencies get paid to pitch?

It may be a cliché, however, I genuinely love the industry that I work in.

If I didn’t I wouldn’t have spent the last 25 years in the sector; with nights that finish at 4.30 am, walking 25,000 steps at conference and rated by Forbes as the fifth most stressful job.

But there is one aspect of the industry that really raises my hackles (prepare yourself for a rant) and I know I’m not alone in this.

In fact, it’s an issue that gets raised time and time again in industry publications and at networking events. Frustratingly, though, it’s one that the industry still hasn’t fully addressed and that’s the issue of pitching.

Make no mistake, pitching is an expensive, time consuming process, often with little chance of reward.

To spend that amount you have to be extremely confident that your agency’s pitch is going to be successful.

Which is not always the case because, to be blunt, often the only winner in a pitching scenario is the client.

In essence it’s purely a beauty parade that is conducted to appease procurement and policy. How do I know this?

Before I set up Pepler Lee Events I spent many years working for larger agencies. Every so often our clients would be required to put the account out for tender but we were never going to lose it – the client had already assured us that we were keeping the business.

As agencies we have all been in a tender process that simply pays lip service to procurement while the incumbent is guaranteed the work for the next three years.

As a result, 80% of the time Pepler Lee won’t pitch for work. We know more often than not it is a futile exercise and the process is purely for the client to fulfill internal policies.

Likewise, we have also walked away from other pitching opportunities due to practices in the industry, that to be frank, I find questionable at best.

Several years ago, I had to walk away from pitching for an account with a major automotive client as I was told; unless I took the head of communications on two long haul fam trips I would not win the business.

When pitching's a race to the bottom

On other occasion clients have had a countdown auction clock with the agency tabling the lowest bid winning the business.

Again our agency walked away.

This practice is quite literally a race to the bottom. It’s no secret that there are examples where the agency which has submitted the most “competitive” bid has had to walk away from the contract in less than a year, as they have been unable to deliver on the work.

Unfortunately, this practice could be perceived as the more “ethical” side of the pitching process. Often there are murmurings of pitches being used to collate ideas that “inspire” the client.

In other words, your idea, that wasn’t good enough to win the business, somehow ends up being “recycled” - my polite way of saying being stolen.

The client reproduces elements of your creativity (or sometimes in its entirety) using a cheaper agency or in-house.

This is something we all have to put up with as it’s difficult to prove – it’s all too easy for the client to argue that it’s a case of great minds think alike.

Even if you win a pitch you’re still not guaranteed the work. According to Campaign several agencies reported a rise in projects being cancelled, with one stating it had secured six ‘wins’ but the work was then put on hold or pulled.

More transparency in the pitching process

I feel the industry needs to do more to make the process a lot more transparent and fairer for all involved. Would charging for the pitch make a difference?

There are examples of industry bodies intervening in some cases.

In 2016 the UK’s Marketing Agencies Association claimed that its intervention led to a client granting a five-figure pitch payment to unsuccessful agencies. The agencies had not been aware that the client was offering a pitching fee.

At the time, the MAA said: "This lack of transparency around the process is unacceptable. Agencies are increasingly being asked to put a value on their ideas without any certainty of implementing the work."

This is a step in the right direction, however I feel that agencies need to take a collective stand.

If we are in a tender process with a large number of other agencies I believe we should charge for our time to pitch, accounting for studio and creative time as well as the other areas of research put into a pitch.

As well as the time spent filling out those huge and vast endless forms.

A solution I often use with clients, and they are happy to work with; If we win the job it gets deducted from the fees and if not, then the client still pays for our time and creativity. Is this an unreasonable request?

I don’t think so and I’d be interested to hear what other agencies think. Who knows collectively we could all stand together?

If you would like to speak to Pepler Lee Events about any of the services we provide, including our innovative No Agenda Conference, then please get in touch. 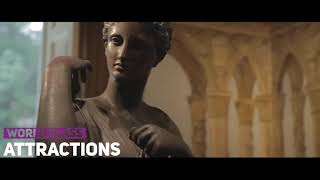 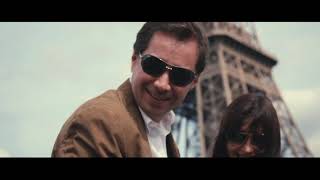 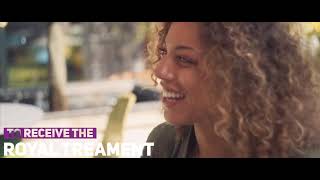 No pay no play, should agencies get paid to pitch?

Salzburg - Conference Destination of the Month

Explore a new conference concept: The No Agenda Conference